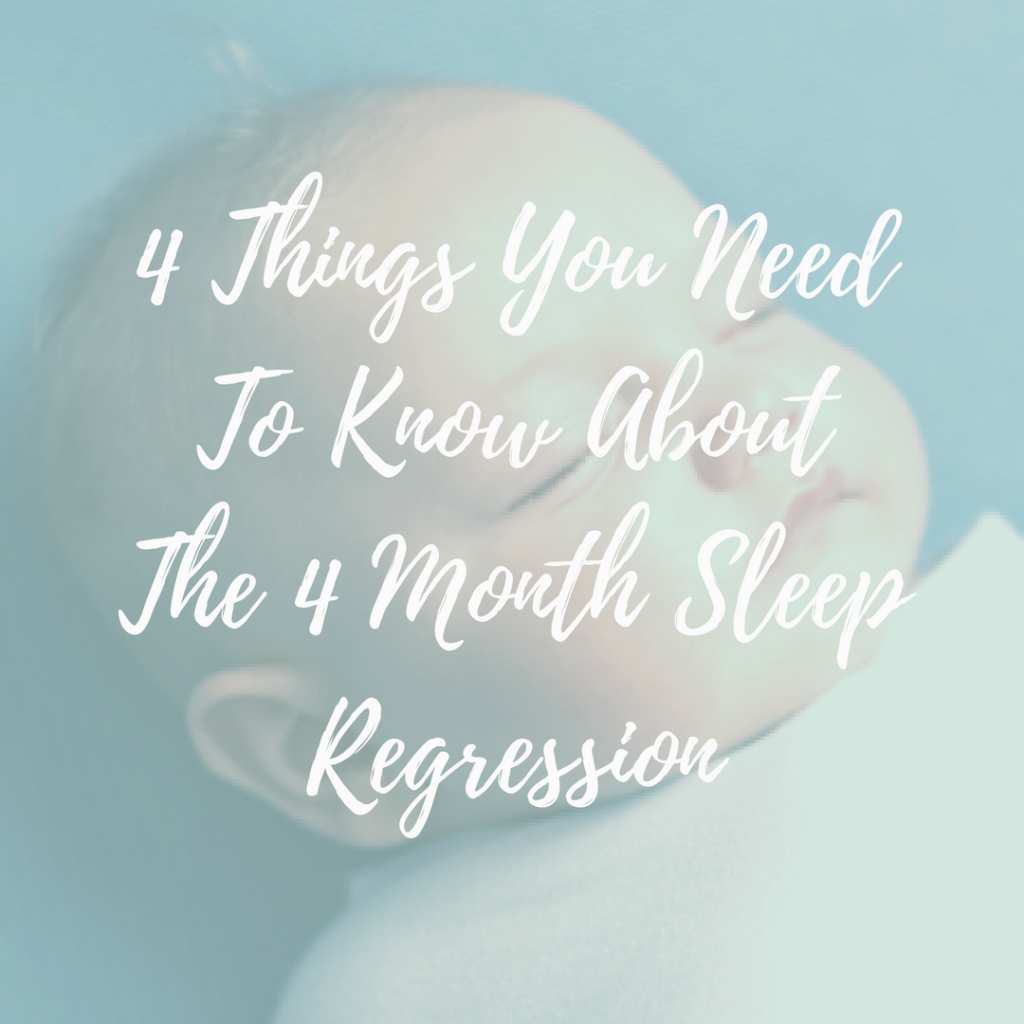 About half of the families I work with as a sleep consultant approach me because their little one is four months old and has hit the dreaded four month sleep regression.

It sounds so negative, doesn’t it?  A sleep regression.

It really should be called a sleep progression.  This regression/progression occurs because your little one’s brain is maturing and their sleep needs have matured as well.  We call it a regression because your sweet, sleepy newborn is suddenly not sleeping as well as they used to and that can be incredibly frustrating.  It seems like their ability to sleep has regressed.

You’ll know that you’ve hit this exciting phase because the things that you were doing before to get your baby to sleep are suddenly no longer working.  They’re likely sleeping for shorter stretches and are seemingly impossible to get down at times.  Despite how stressful it can be, don’t be afraid of this milestone.  If you know what to expect and how to respond to it, then it’s far less stressful and the deterioration in your baby’s sleep will be short-lived.

In order to make it as painless as possible, here are four things you need to know about the infamous four month sleep regression.

I look back SO fondly on the times when my two boys were newborns.  I miss those months.  As a parent that time in your life is truly special but, good lord, it’s also exhausting and the long nights and disorganized days seem like they’re never going to end.

When your baby is about four months old, they are starting to transition into being an older baby versus a newborn and, while that means things are changing, it also means that things are getting a bit easier too.  So embrace it and know that this is a positive development!

Are you saying to your screen that it doesn’t feel very positive?  Well, as I said in the intro, despite appearances this four month mark doesn’t mean that your baby’s sleep has changed, it means that their needs have changed.  If you meet those needs, they will be sleeping like a little angel again in no time.

How can you meet these new needs?  Well…

2 – Turn down the volume and turn off the lights. 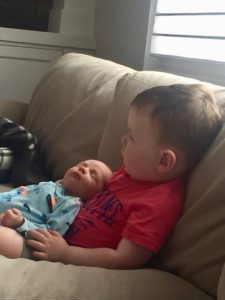 Most newborns can sleep anywhere.  When my younger son was a newborn, he would regularly sleep in the bassinet in the family room with the lights and TV on.  I decorated our Christmas tree that year listening to Christmas carols (and mostly likely dancing around) while he slept on me in the baby carrier.  He even used to sleep on his brother – a wriggly, chatty toddler.

Then, around the time he was almost four months old, he suddenly couldn’t sleep well in those bright, busy, noisy environments.  I remember taking him up to the nursery to change his diaper one evening when he was particularly fussy and I felt him physically relax in my arms when we walked into his dim, quiet, peaceful room.

When your son or daughter has stepped into this “regression” they will now be more sensitive to sounds, light, or activity around them.  This means that the first step to helping them sleep better is to ensure that their sleep environment, wherever it is, is as dark and quiet as possible.

You see what I did there?  Time…clock.  Okay, moving on.

When you have a new baby, they sleep when they sleep.  At first it’s most likely more during the day than at night and there is no regularity to the times that they sleep.

At about four months of age, once you see that your baby’s sleep is changing, regular naps begin to occur.  First their morning nap will establish itself about an hour to an hour and a half after they’ve woken up for the day.  Then nap two will happen midday and nap three in the late afternoon.  With regular naps also comes a more consistent bedtime.

Your baby now needs this regularity to their days in order to achieve long, healthy naps and nighttime sleep.

While being on a schedule can be limiting in some ways, not every nap and every bedtime have to occur at their regular times.  Deviations from your schedule here and there are not a big deal.  And knowing what time your child is going to need to sleep helps you to anticipate and plan your days!

Your little one now needs consistency in a number of ways in order to truly sleep well.  We’ve already talked about their sleep environment being quiet and dark.  You know that they now need to be napping and going to bed at about the same times every day.  The other piece of this consistency puzzle that is critical is a pre-sleep routine.

if you’re not already doing this, four months of age is the perfect time to introduce a soothing routine that you can do prior to every nap and bedtime.  Once your baby is used to this new routine, they will start to respond to it as their body will recognize that it’s a cue that sleep is coming.  This routine does not have to be elaborate and should be something that you enjoy.

All of this being said, the four month sleep regression can be overwhelming and implementing these tips may not get your little one’s sleep on track.  If things aren’t going well, don’t despair and definitely don’t feel like you’re failing.  It’s a lot, especially when you’re exhausted too.

If you need some support, or have questions, never hesitate to reach out.  Because once you get past this, you will have survived your newborn months and come through the big bad four month sleep regression with a healthy little sleeper.